Built in 1905, the Minnesota State Capitol in Saint Paul had reached a critical deterioration point. Over the past three years, the Capitol was renovated at a cost of $309.674 million dollars. That work included modernization of antiquated technology, mechanical, electrical and plumbing systems. A part of the technology system upgrade was a Lynx Ultra™ television distribution system from Lynx Broadband. 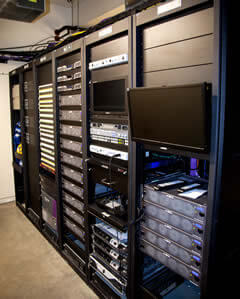 It delivers high-definition (HD) community antenna television (CATV) programming as well as audio, graphics and live broadcast content from committee rooms and house floor sessions and television over cat 6 cable to more than 430 televisions throughout the capitol complex.

The building was designed and constructed before the development of communication technology as we know it today. Therefore, coaxial cable was installed later to deliver television programming. As needs grew, unmanaged, the quality of the signal deteriorated over time, in some instances not delivering any viable signal to new and existing TVs. It also made troubleshooting and repair challenging and time consuming.

“I was already familiar with Lynx Broadband’s products,” says Doug LaPitz, engineering director, House Public Information Services. “The architect and I discussed the video distribution system. In addition to being based in Minnesota, Lynx Broadband was a good fit for this project because the system is a hybrid design that converts the signal, originating on coax cable, for distribution to the rooms on cat 5 or 6. It’s a much cleaner solution and allows for simple, reliable future expansion and upgrades.” 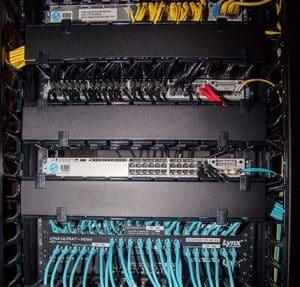 Constructed with plaster walls, the capitol building had inefficient, cumbersome spaces and lacked wiring closets. It was important that the wiring was concealed. Of lighter weight and less expensive, the cat 6A cable was much easier and faster to install than coax cable. The new infrastructure incorporated 18 intermediate distribution frame (IDF) wiring closets where the Lynx system is installed. The cable runs from the wiring closets to 430 televisions were up to 200 feet (61 meters) long. The Gephart Low Voltage Systems team installed and tested the Lynx Ultra television distribution system quickly and efficiently.

“The Lynx Broadband team was very knowledgeable and provided design services,” says Dean Randall, project manager at Gephart Low Voltage Systems. “The comprehensive plan made it easier to install the system with virtually no issues in the field.”

More affordable than coax cable and competitive products in most applications, Lynx Ultra HDTV distribution system delivers HDTV from cable providers, CATV headend, satellite headend and local over-the-air broadcasts over cat 5 or 6. It is a passive design and ideal for most standard installations with the hub assembly located in wiring closets (MDF/IDF). Lynx Ultra converters are located at the point of use. The system is capable of simultaneously delivering up to 804 digital channels or 268 high-definition digital radio frequency (RF) channels on cat 5 or 6 cable. It distributes frequencies up to 860 MHz, ideal for 8K ultra-high-definition (UHD), 4K UHD, HD or standard-definition (SD) resolution signals over cable runs up to 328 feet (100 meters) long. Extremely reliable, Lynx Ultra is scalable with 8, 16 and 24 port hub configurations, allowing for maximum flexibility for any number of televisions. Each system is designed by Lynx Broadband for plug-and-play installation.